Will this be the worst year for Mexico?

The year 2017 has only had 2 months, but if there´s something that is clear as crystal, it´s that this has not been a good year for Mexico thus far. The famed ‘Gasolinazo’, inflation, demands to pay for The Wall, threats of sending U.S. troops to the country…

Mexico finds itself living in a difficult period in the history of its nation, with an uncertain future.

In January, thanks to the Energy Reform, the liberalization of the gasoline market took place, meaning that there would no longer be a single price fixed by the government, nor stations of a single company (Pemex), but several brands and gas stations, encouraging competition.

Unfortunately, the country had to undergo through a transition that was not easy, as prices rose up to 20%, and with these, analysts warned of two negative effects for the Mexican economy:

As Raymundo Tenorio Aguilar, director of the School of Economics and Finance of the Tecnológico de Monterrey clarifies:

"Producers of goods and services, from a piece of furniture, clothing, food, seeds, everything; the producers will have an increase in their variable costs due to their additional payment of fuel”. 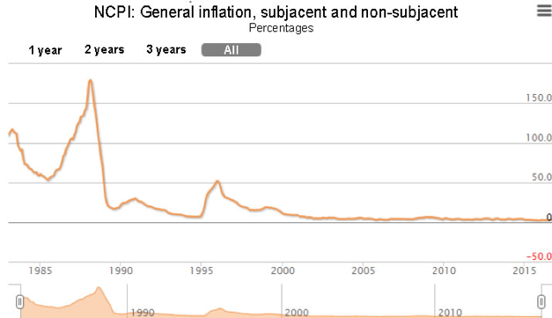 It's even estimated that this event will lead to an increase in the country's inflation from 3% up to 4.5%, despite the fact that Mexico has registered the lowest inflation periods in history for the last couple of years since records are available.

Trump and his Relationship with Mexico

Following the announcement made by Ford Motor Co. to cancel the plant in San Luis Potosí, it's clear that there is a risk that some, if not all, of the threats that Donald Trump made throughout his campaign could get carried out, especially now that he has reached the presidency.

But, why did Ford decide to withdraw its plans to open its new plant?

"Although Ford assures that the decision was strategic and not related to the new administration of Donald Trump, the market believes that it has been the result of pressure and threats to impose tariffs, a scenario that will affect foreign direct investment in Mexico", stated Gabriela Siller, director of Economic-Financial Analysis of Banco Base.

It's evident that Mexico's relationship with the United States goes from bad to worse, as comments made by Enrique Peña Nieto, president of Mexico, assuring that the Mexicans were not going to pay for Trump´s Wall, made the latter decide to cancel the meeting that would have taken place a few days ago to discuss the relationship between these two neighbors. 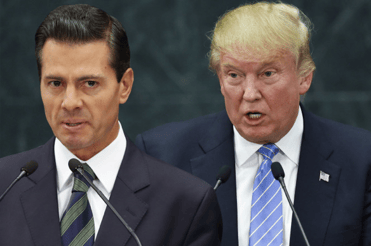 And not only that, as the U.S. president also wanted to leave some things clear in the phone call they had on January 27:

“You have a bunch of ‘bad hombres’ down there. You aren't doing enough to stop them. I think your military is scared. Our military isn't, so I just might send them down to take care of it”, AP news agency reported, according to an extract from the phone call between the leaders.

Likewise, the president of the United States 'threatened' that he would force Mexico to pay for The Wall by imposing a 10% tariff on Mexican exports, and 35% on exports that affect the country the most.

Which, in a way, confirms the suspicions as to why Ford decided to withdraw from San Luis Potosi and cements the fact that now fewer international companies will want to do business with Mexico until the tension it has with the U.S. dissipates.